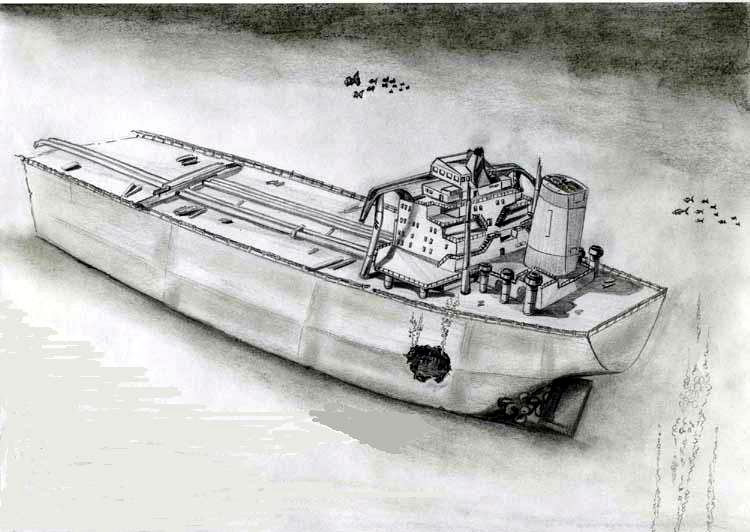 The Mildford Haven tanker, built in the Spanish shipyards Asterillos Espanoles, was a VLCC (Very Large Crude Carrier) had a payload
of 232.166 tons, a width of 51 m and a length overall of 344 m. In April, 11th 1991 in front of Genova, during crude oil puoring  operations,
some bursts occur. The fire last all the day long and it expand to the rest of the ship. The day after the tanker was tow in front of Arenzano (GE);
during this operation a 95 m piece of the bow snapped out and sink over a bottom of 480 m. The stern part sinked on April, 14th at a depth
of about 80 m.
The wreck is in navigation trim and fully explorable, either in lenght (almost 150  mt) either for penetration (six deck and the propellers cabin).