Il Grande Blu is a scuba & water sports center and the n°1 OceanReef academy in the world.
Located in a castle by the rocky seashore of Portofino National & Marine Park, is the perfect location for
recreational, technical and free divers at all levels of experience. 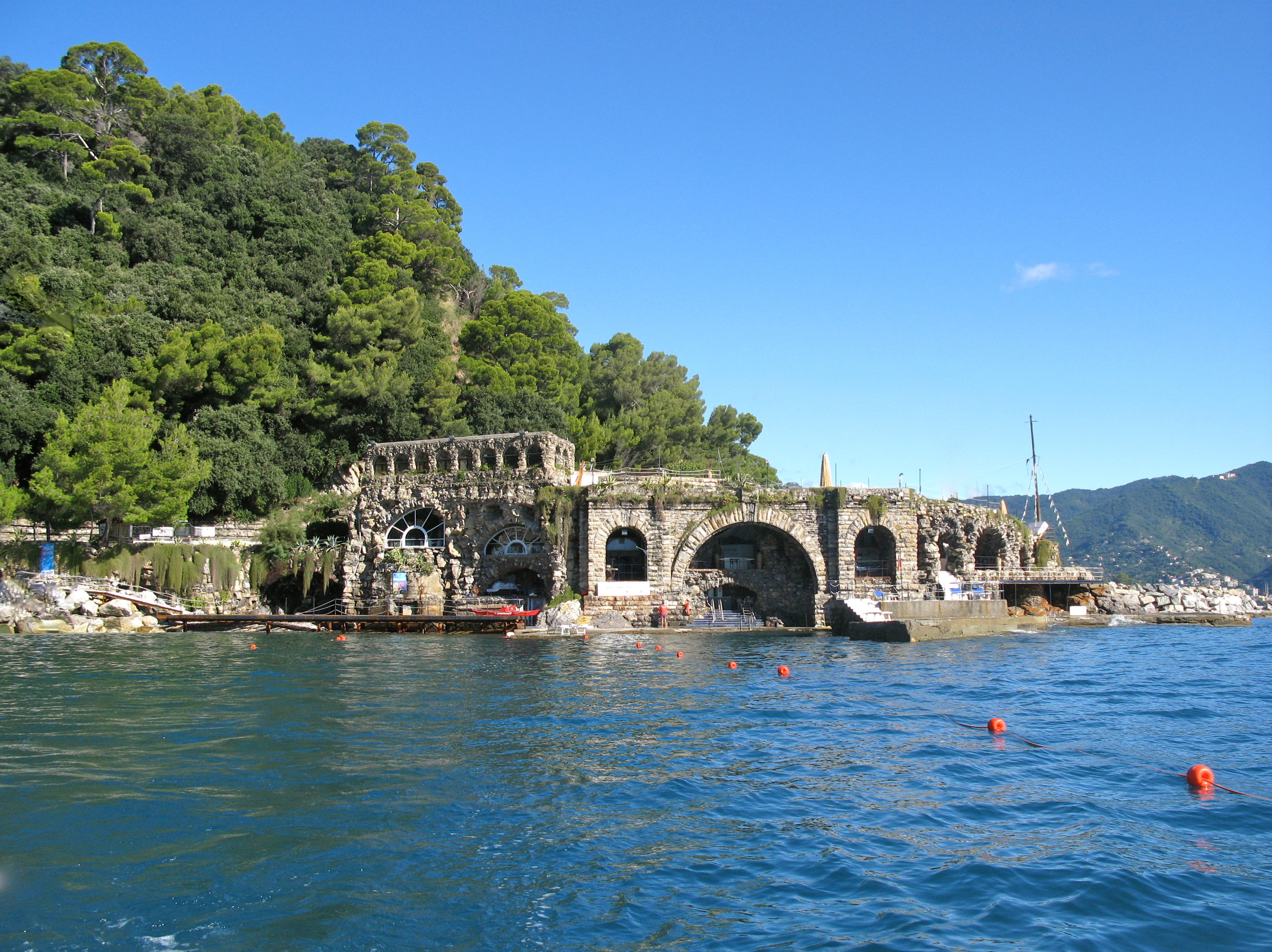 A place for fun, a sea to get excited

A strip of sand and rock, wet from the splendid sea of Tigullio, always an international tourist destination, refined and welcoming, as then, is again talk about themselves! Inside the Overland Park and adjacent to the Marine Park of Portofino, offers many opportunities to have fun learning to know and love the sea and all its “inhabitants”.For a period, during fascism, Covo di Nord Est is called “Tana” but, once deposed Mussolini, it returned to the ancient name. The Covo di Nord Est was the seat of the International Diving School of Santa Margherita Ligure. 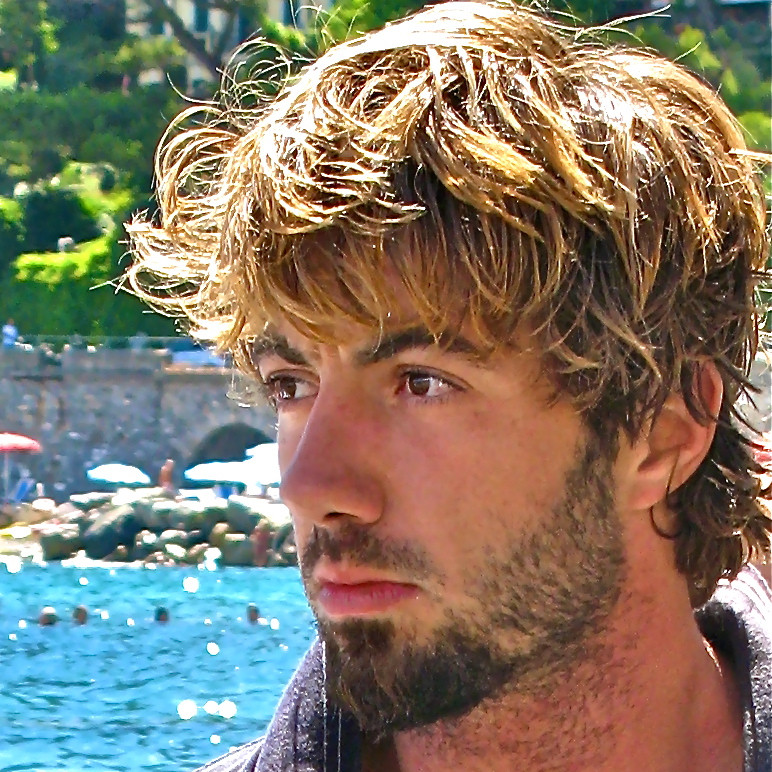 MORE ABOUT LUCA
Luca, also known as “Zanzo” was born in Genova in 1984.
His father with the same strong passion for scuba dives and the proximity to the sea gave him the opportunity to discover the underwater world at a very young age.
When he grew up he joined a rugby team and he kept playing all over the world for a long time.
Despite his big passion for rugby, enthusiasm for the water and for the sealife took over, then he decided to make progress in diving and to make his living from this passion.
After working for some years in diving centers in Italy, in 2007 he finally becomes a Scuba Diving Instructor.
Willingness for travelling combined with diving has led him to work in Australia, New Zealand, Asia, Egypt, Malta and Mexico.
Italian is his motherlanguage and he speaks as a second language both English and Spanish.
In 2010 he opens his own diving facility, “Il Grande Blu” in a fantastic location, adjacent to the Marine Park of Portofino, a pearl of the Mediterranean Sea.
With sacrifices and committment IGB has now grown more and more providing high standard training supported by IANTD, PADI, SSI, SDI-TDI. Il Grande Blu is also the 1stOCEAN REEF Academy in the world (training, research & development center).
In Dahab in 2013, driven by the curiosity he tries for the first time a sidemount configuration. Since that moment he is using such configuration for quite all his dives either they are OC or CCR.
Luca has been charged by the University of Genova to harvest samples of black coral for reaserch and studying purposes. The University had the task to study the ideal environment and nutrition of this type of corals, Luca and his experienced team have proudly allowed the fulfillment of these studies.
As per his perspective of continuous development and education, in 2014 he started his cave diving and in 2016 on CCR.
In 2017 he becames Razor instructor. He considers “Razor” a really solid company and the best sidemount harness available on the market.
Luca’s greatest interest is underwater exploration, especially regarding hystorical reperts that can be found in caves and wrecks 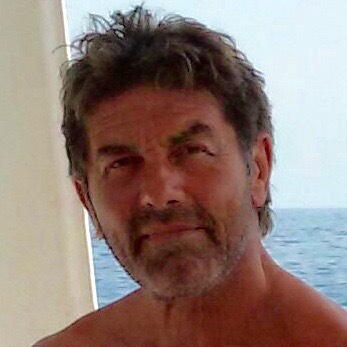 MORE ABOUT GIANGIO
Work in progress 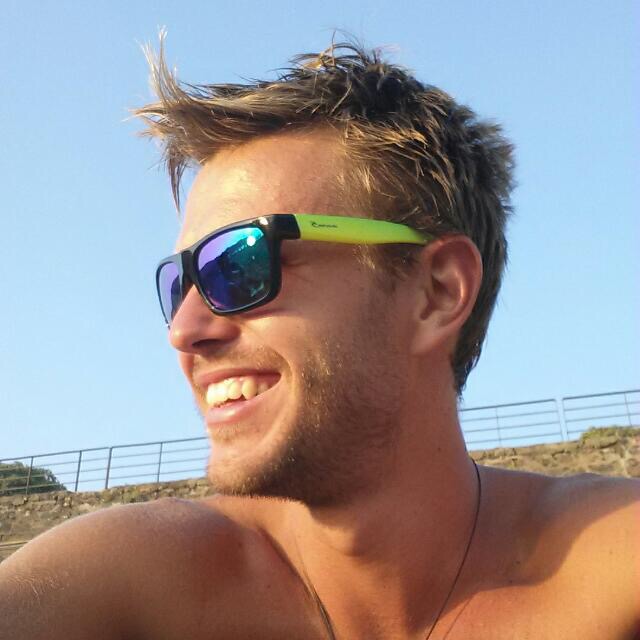 MORE ABOUT CAMILLO
Work in progress 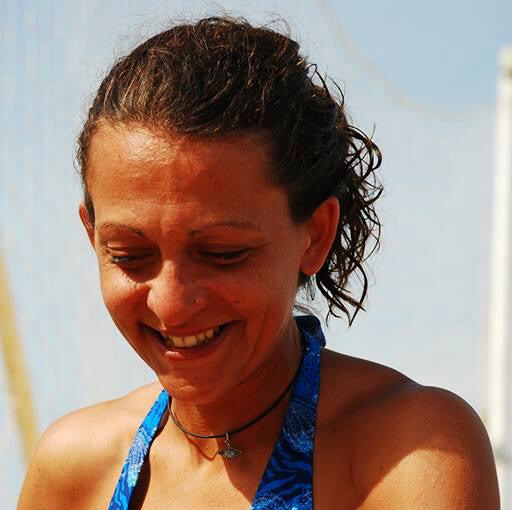 MORE ABOUT CHARLOTTE
Work in progress 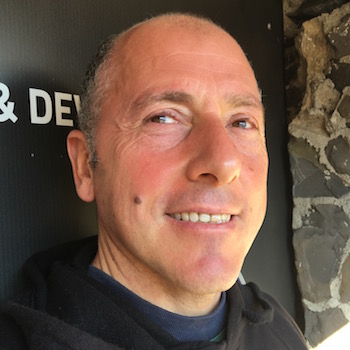 MORE ABOUT RICCARDO
Work in progress 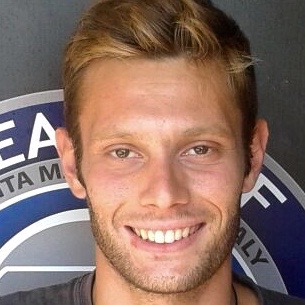 MORE ABOUT LUCA
Work in progress

How to reach us

From Genova or La Spezia take the highway A12 and exit Rapallo. Follow direction to Santa Margherita Ligure and Portofino. On the coastal road you will meet the Covo di Nord-Est (it is a stone structure on the left side). Diving entrance is on the road after the stone bridge.
Car park: in front of diving entrance car park is free (into strips), in front of Covo di Nord-Est there is disc parking (max 4 hours) or toll parking (10 euros all day long)

Where to park your car: you may reserve your car park via email to us in advance.
The parking lot in front of the club is private, if you wish you can use that service for 5,00 € (half day) or € 10.00 (full day). This price is reserved only for Il Grande Blu guests). Price do not include Friday and Saturday night time (after 18:00). It is free of charge from November till April.
Franco will give you directions and if he is not there, I recommend to leave the car keys to the person at reception and not occupy too much room in order to make the most of the available space for other cars.
If you arrive early in the morning you can find the spot or into public car park (max allowable 4hrs) on the road just next by the private one. Also there is another one facing the Sea just below the public one which closes at 18:00 (you will see a short downhill dirt road that takes you by the sea).
Not as least along the road to Portofino, within the white margins on the side, just in front of the Dive Center there are another few ones but we recommend not to close the entry to private houses.

Pick up
We also provide service diving by car. Our pick up is ideal and designed for scuba diving equipment safe transportation. That give us the flexibility to have always a near by entry-exit option in case of bad weather, if number of divers do not make affordable a long transfer by boat or simply to explore areas not accessible by boat. Contact us for a customized quotation.

Any train REG, RV, Intercity to La Spezia or Livorno (if you came from the north) or to Genova, Milano, Torino (if you come from the south) with stop in Santa Margherita Ligure - Portofino. Outside train station there is bus to Portofino with stop in front of Covo di Nord-Est.

With Servizio Marittimo del Tigullio and of Golfo Paradiso from Recco, Camogli, Porto Pidocchio, San Fruttuoso, Portofino , Rapallo and other locations of Tigullio.

A taxi boat service may be requested. Contact us for info!

The three main nearest airports are Pisa & Genova (for country flies) and Milan (for oversea flies). 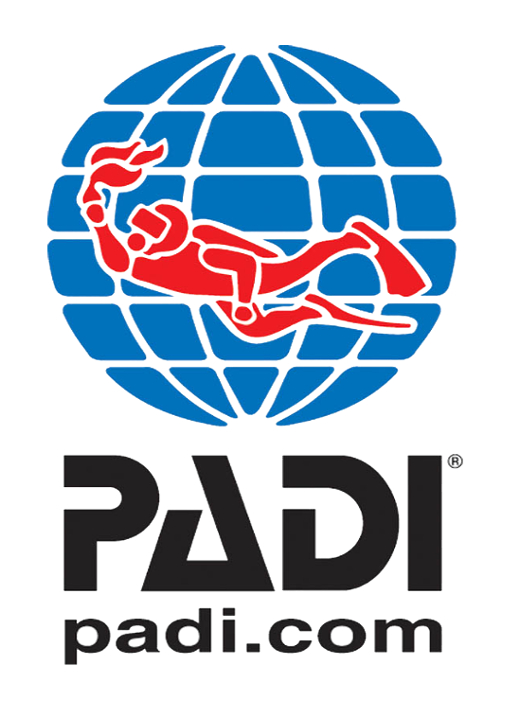 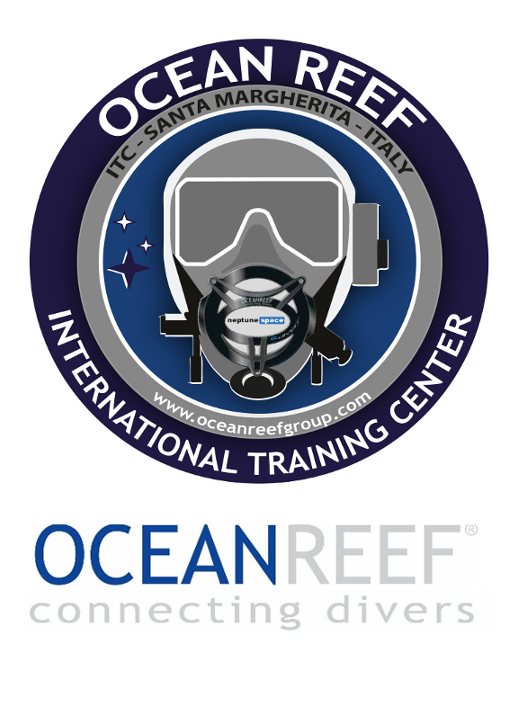 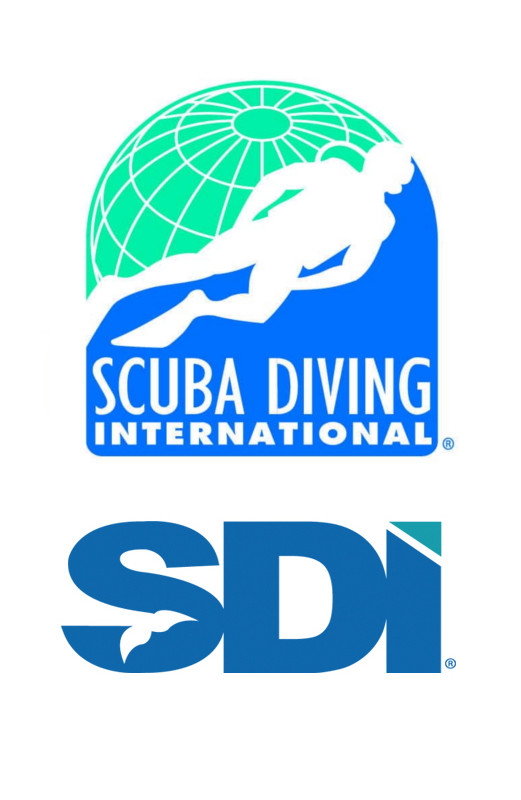 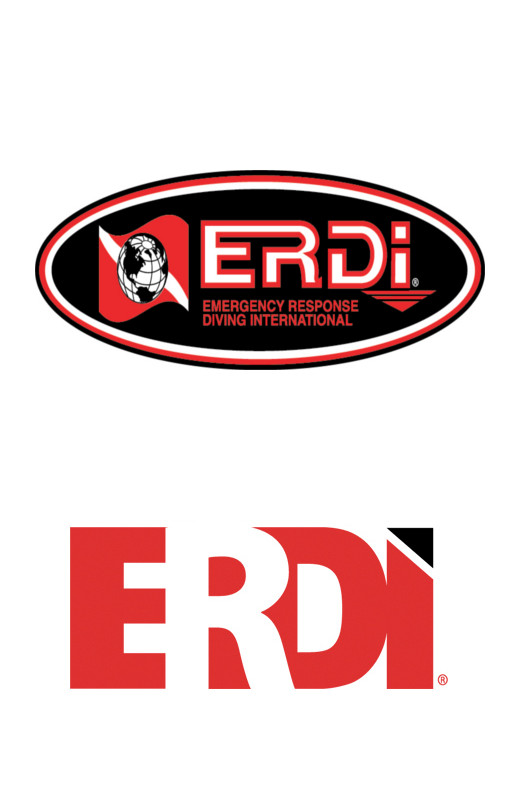 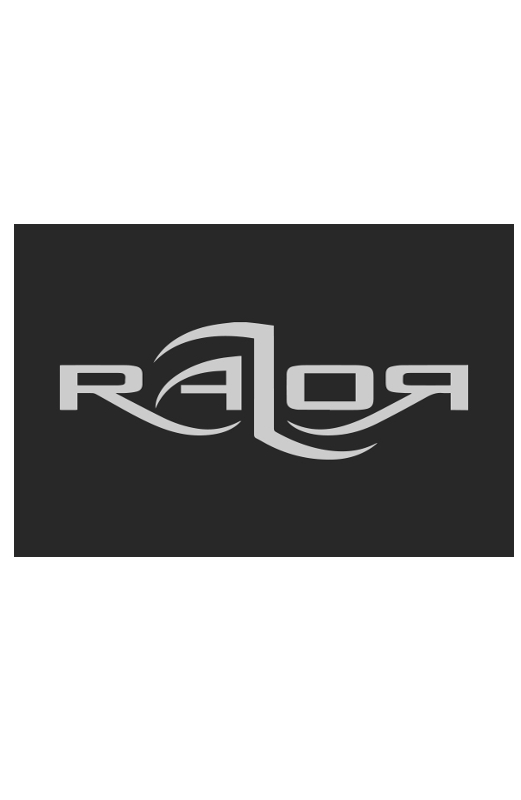 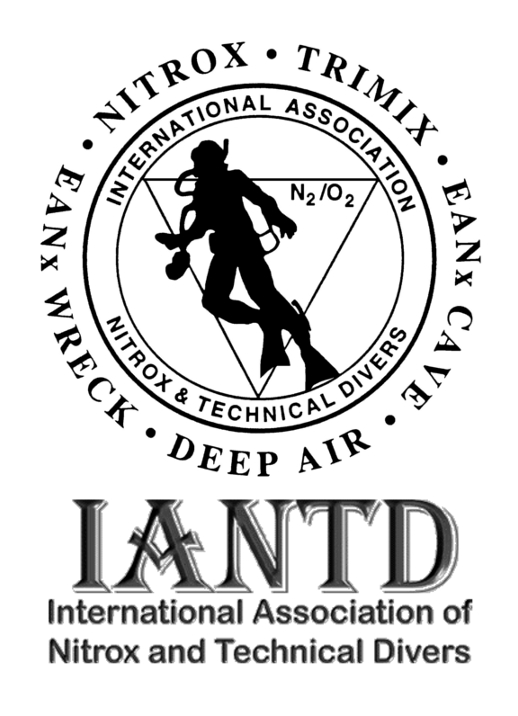